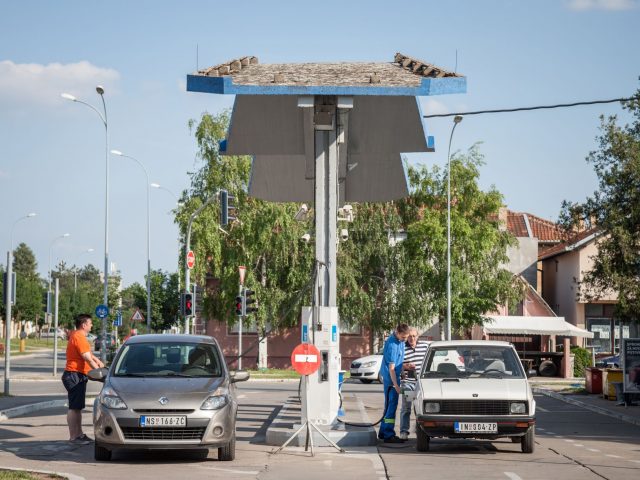 The Republic of Serbia, a country of over seven million people, is located at the crossroads of central and southern Europe and is a transit point for many important commodities traveling from Europe to a wide variety of destinations. In 2009, Serbia’s economy was struggling and a decrease in fuel excise taxes was exacerbating the problem. Serbia’s government noticed that, while the number of fuel stations and the number of vehicle registrations were both increasing, the taxable sale of fuels used in cars was, at the same time, declining. This alerted officials that fuel fraud, intended to facilitate evasion of excise taxes, was an issue that needed to be addressed.

The government of Serbia determined that this disparity could be explained by the practice of two illicit trade patterns:

Prior to the Serbian government  implementation of a national fuel authentication solution, a pilot program was initiated to test the suitability of the fuel marker provided by Authentix. The pilot program proved that the marker did not have any adverse effect on fuel properties, homogenized well with the fuel, and the detection technology was easy to use. Most importantly, it demonstrated that the marker made it possible to detect unmarked (i.e., illegal) fuel, and the marked fuel was effectively quantified in the field.

As the actual program rolled out, regular sampling and testing begun. This included both field testing at petrol stations, internal stations, depots, and refineries, to indicate the presence of illicit fuel; and laboratory testing to confirm the field results.

The Authentix marker chosen for the program is constructed of the same molecular components as the fuel—making it virtually impossible to separate from the fuel once it has been marked and enabling a level of testing that supports successful criminal prosecution. The marking of both petrol and diesel is done manually at the bulk tank level at eight locations, at the auto truck level at four locations, and at the rail truck level at four locations.

The marking of LPG is done manually at 15 locations. Rapid fuel testing at retail outlets and other bulk storage locations uses Authentix’s LSX and LPX technology, which allows inspectors to quickly screen all retail fuel stations and immediately determine whether the retail fuel has been diluted.

Government officials may then choose to act based on the results from Authentix LSX 2000 and LPX1000 devices (specifically in cases of repeated failed tests over a period), and/or send samples for laboratory testing with our MSX1000 and HPLC devices.

In just the first five months of the fuel authentication program, nearly 1 billion liters of fuel were marked, and the Serbian government began to see significant evidence that the program was working— even before enforcement started. Sales volume increased 18% for diesel, 14% for gasoline. And excise revenues increased by over USD $39M when compared to the same period the year before.

By: Jeff Conroy, Chief Technology Officer, Authentix Authentix is pleased to be included in the June/July edition of Tank Storage Magazine, a leading industry publication…