Part 2 of the ABC’s of Brand Protection series by Authentix focusing on the global scope of the counterfeiting epidemic and how to take action against it to protect your brand, your customers and your revenue.

Brands are working harder than ever to provide transparency into their business practices. The customer trust and loyalty that this creates is invaluable and the holy grail of marketing departments. A sure-fire way to destroy that trust is to be subjected to counterfeit controversy – product falsification, consumer harm, or news of legal action against a brand can prove toxic to any popular brand. 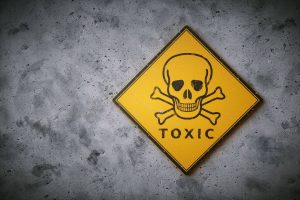 Organized criminal enterprises have developed sophisticated networks of willing players throughout the global supply chain in practically every industry to cause such destruction. Some of their tactics include:

Today, companies expand their operating and delivery efficiencies at lower costs with high-quality manufacturing available around the world. However, that innovation comes at a cost by enabling undetectable counterfeit goods to make their way into the supply chain. Buzzworthy brands with growing demand, celebrity clout and premium price points are most-targeted. The resulting inferior quality and/or faulty parts lead to consumer dissatisfaction, recalls, and major safety concerns.

It’s not just back alley transactions and big city flea markets that you need to worry about anymore. The rise of digital marketplaces such as Amazon, eBay, and Etsy (plus countless others that emerge each year) enable and accelerate sales of knockoff goods not only to willing buyers, but unsuspecting ones as well. In fact, according to a 2018 study by the U.S. Government Accountability Office, about 40 percent of a sample of goods bought on popular eCommerce websites were fake. Data collected by the U.S. Customs and Border Patrol between 2000 and 2018 shows that seizures of counterfeit and pirated goods at U.S. borders, much of destined for e-commerce channels, has increased ten-fold.

It is forecast that by 2022, the negative impact of counterfeiting and piracy will drain US $4.2 trillion from the global economy and put 5.4 million legitimate jobs at risk. This impact cuts a wide swath across many industries and businesses including:

In this climate, many companies are thinking more broadly about how to implement coordinated anti-counterfeiting and anti-diversion strategies across their brands and throughout different regions of the world. Just as tamper-evident seals on bottles of pills and liquid formulations became more common after a tampering scare in the 1980s, attitudes toward anti-counterfeiting technologies are beginning to evolve.

For more brand protection basics – why it is necessary, how it works, who is vulnerable, how to implement an effective program, what to look for in a technology partner, and which emerging technologies will help protect your brands in the future – read the The ABC’s of Brand Protection.

How criminal websites are getting rich with conventional online advertising. Digital advertising on the internet has far surpassed traditional media platforms when it comes to…