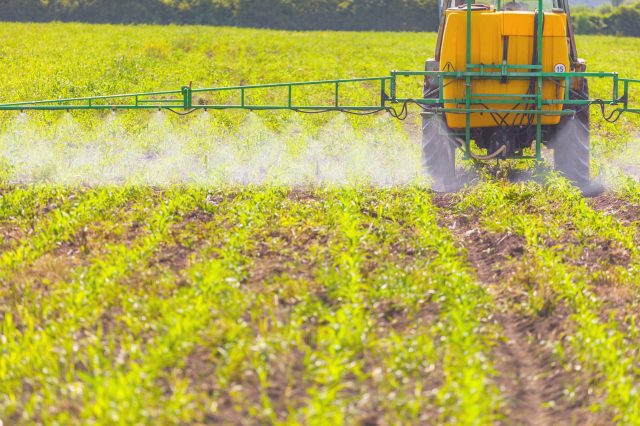 An agricultural chemical manufacturer suspected that one of its formulators was in violation of a licensing agreement, substituting a generic active ingredient for the licensed component. The formulator also appeared to be diverting the end-product for sale in a region outside of its licensed territory where it had a higher value.

The manufacturer turned to Authentix for a solution to ensure the use of their component in the formulator’s end-product. Authentix worked with the manufacturer to incorporate US FDA-compliant in-product markers into the licensed component, ensuring that the markers could endure the harsh synthesis process, become homogenous and remain stable, while not impacting the active ingredient. By adding markers to all of the licensed component, a test of the suspect formulator’s end-product that showed low concentration or no marker presence would indicate that the formulator was replacing the licensed active ingredient with a generic product.

The markers are detectable in the field using a simple qualitative (yes / no) test kit, backed up with a quantitative laboratory test. The layered marker program allows wide-spread and quick field screening, with suspect samples sent to a centralized laboratory for validation and to provide support for corrective action. The manufacturer’s personnel were trained to use the test kits and perform the laboratory analysis, allowing them to monitor the formulator’s end-product for compliance with the licensing agreement.

The agricultural chemical manufacturer determined conclusively that the formulator was in violation of its licensing agreement by testing for and not finding the Authentix markers in the end-product. Field tests were confirmed by precise laboratory testing, delivering proof that enabled enforcement action to be taken.

At Authentix, our mission to safeguard the integrity of global commerce is our priority as we continue to focus on customer needs with the challenges presented by the COVID-19 health emergency. Our corporate leadership team is monitoring the situation closely and its potential impact on supply chain continuity.

Effective through April 30, 2020, we have closed the Addison Texas Facility to all personnel who do not require facility equipment to conduct their job, allowing for only those functions such as production/shipping/testing as needed to continue to serve our customers. We have banned all visitors to the Addison Texas Facility as well. We encourage all Authentix sites to enact a similar ban for employee safety and to restrict visitors, but realize this restriction is subject to local needs. We have further banned all air/train travel for all employees for Authentix business purposes. We ask that all customers, vendors or suppliers support these efforts and for those who present themselves at Authentix locations to respect and adhere to our policies and procedures that may limit access on this temporary basis.